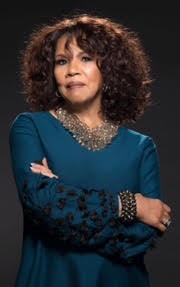 The Hanceville, AL native grew up in poverty but with pride and perseverance. She began singing at the age of five. As a teenager, she went pro as a member of The Jewel Gospel Trio, which traveled the globe in the 1950s and shared stages with Sam Cooke, Mahalia Jackson and other gospel music legends.

By the 1970s, Staton had launched an R&B career with southern soul hits such as the GrammyÂ® Award nominated âStand By Your Manâ (1970) and âIn the Ghettoâ (1973) for Rick Hallâs Fame Records in Muscle Shoals, AL.

Mid-decade, Staton moved on to Warner Bros. Records where she cut disco-tinged hits such as the 1976 million-seller âYoung Hearts Run Freeâ and âVictim.â Discouraged by her personal life, Staton became a born-again Christian in 1982 and began a 20 year run as a gospel-only artist that resulted in hits like âMama,â âThe First Face I Want To Seeâ and âLove Lifted Me.â

Statonâs 1986 track âYou Got the Loveâ was remixed by DJ Eren Abdullah in 1991 and became a Top 5 UK Pop smash. Subsequent remixes by John Truelove (1997) and The Shapeshifters (2006) also reached the UK Top Ten and maintained the songâs multi-generational embrace in Europe.

Staton has since recorded Americana albums such as the critically acclaimed His Hands (2006). The Life Happens set birthed âI Ainât Easy to Loveâ featuring Jason Isbell and John Paul White. Rolling Stone magazine hailed it as one of the 25 best country recordings of 2014.

In recent years, Staton has collaborated with Groove Armada, and Top DJs such as Larse, Frankie Knuckles, Dr. Shiver and Pete Tong. Her voice was sampled on the hook of One eskimOâs No. 1 hit, âKandiâ (2009). Nashvilleâs Thirty Tigers label will release a new Staton R&B album âUnstoppableâ with production by Lambchopâs Mark Nevers in 2018.

In spite of Statonâs success in the music world, she has encountered a number of harsh blows in her personal life. She was molested as a youth; she endured turbulent marriages and experienced domestic violence in other relationships. Through it all, her faith and determination to provide a better example for her five children always propelled her to succeed rather than to sink under the pressure of her problems.

Over the years, Staton has candidly shared the lessons sheâs learned along the way through interviews but also through her songs. âBeyond The Veil Of Silenceâ discusses molestation. âHis Handsâ sheds light on domestic violence. âHave You Seen The Children?,â reveals the negative influence media has on youth and âYoung Hearts Run Freeâ speaks of marital discord. This foundation is a way for Candi Staton to help millennials to survive and thrive just as her music has been helping other generations for over five decades.